Forgotten, but not gone.

Greetings.
Before we get to this week's question, I wanted to mention something. I have to stress that, in keeping with the "no reviews" policy that has been in place here at AAP since Day One, the following is not, repeat not a review. It just seems important to help spread the word about the following piece of Punk Rock, just to let the world know about it.

Regular readers will recall that back in October I mentioned a great documentary I saw while I was visiting Austin, Texas. That film was called "Punk in Africa" and it was just that - a documentary about the roots of African Punk. It was a great little film. Important even. There was line near the end of it that really resonated with me, and I've repeatedly paraphrased it ever since: "Punk Rock happens wherever it needs to."

So, with that thought in mind, I want to tell you about an amazing thing that now exists: The first Punk Rock compilation from INDIA. Yes, India. On the other side of the world "the kids" are looking around, not exactly liking what they see, then plugging in and having their loud-ass say. If there is a better definition of Punk Rock, I haven't heard it. As I said at the outset: This isn't a review, but I will say that I have been listening to it... a lot. You can listen to it (for free) but you know the drill: If you dig it, try to support it any way you can. 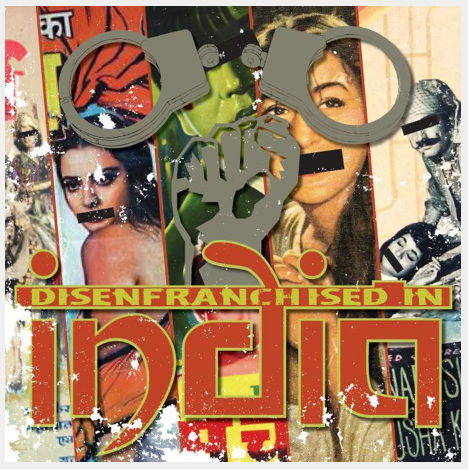 And now back to our regularly scheduled column...

Dear Ask A Punk-
Sucks getting older. I still love music and going to shows, but now that I'm in my 40s, it is starting to feel weird. I never played in any bands, but I bet I have gone to ten times as many shows as you and any three of your friends combined. I guess "scenester" would be an accurate description even if I always think that sounds kind of douche-baggy. I stayed in my medium-sized city, got a decent day job, went to college even, but all I've ever really cared about the most is punk rock music and especially live and local punk rock. I've known pretty much every band and also every booker, doorman and bartender, every roadie and ex-girlfriend. You get the idea. I've seen the talent pool of awesome bands here fill up and empty out a couple of times. Seen legendary clubs shut down and then attended the opening night of some new clubs as their own legends started. My idea of a good time is STILL going to a show on a Tuesday night and seeing five bands I've never heard of, hoping to see some magic, or at least the start of something that could turn in to magic.

But now, I don't feel as welcome. Obviously 99% of my old friends have moved on, or out or up and now, I feel like I have become the 'weird guy' who shouldn't be in the room. I'm looked at as either someone's dad, a narc, or at worst some kind of sleaze. I stopped trying to talk to anyone new years ago, especially girls because they automatically assume I'm hitting on them. -- I'm not by the way. I've had the same girlfriend forever -- I can understand why they feel that way, but it still sucks. What are my options here? I have some ideas, but I want to hear yours. -- Old School.

Dear OS -
I know what you're talking about. I don't get out much these days. I tell myself that the reasons are mostly economical, and they are... but not entirely. Time is a MotherF-er, no question about it. We make our choices - right, wrong or otherwise - and no matter what, the clock just keeps spinning and nothing stays the same. You do have to accept that, and it sounds like you more-or-less have.

But what comes next? The answer is "death" of course, but probably not for awhile. Keeping our bodies alive is fairly easy: eliminate or at least moderate the bad habits you can no longer get away with, take some fish oil pills and let the 20 year-olds lift the really heavy stuff. But how do you keep your spirit alive?

Note that I didn't say you have to "change." ...Let's face it, at this point you're not going to hang up your Doc Martens and decide it is time to start listening to Chamber Music. You have to take your passion and experience and figure out a way to use it. You're a walking historian (of sorts) and that knowledge has to be useful somehow -- but please give me a break and don't start writing a Punk Rock Advice column...

The way I see it you can work inward, outward or both. I vote for both.

Inward:
Start organizing all that history in your head. Are you one of those guys who collected every poster and single and free 'zine etc? If so, start piecing it together into a coherent archive of the history of your town's punk rock legacy. It sounds like you might be the only guy who knows all about it. You could do it as a website, or a documentary film (note the 'Punk in Africa' film I mentioned earlier.) This could be an interesting, useful and entertaining kind of project... and the tools needed to pull off this kind of thing are cheaper now than they've ever been.

Outward:
You mentioned you also know/knew every band, booker and bartender etc. Why haven't you gotten involved in your scene in some non-band, but still more hands-on way? As much as your day job (and girlfriend) schedule might allow, you could become a booker, or curate a monthly show somewhere or, if you're really ambitious, you could create some kind of homegrown music festival, bringing in the older bands you know and the newer ones you're still discovering. No matter what size your town/city might be, there are always always always more bands than there are places to play... So create one. And finally: don't forget Rule Number One for people like us: 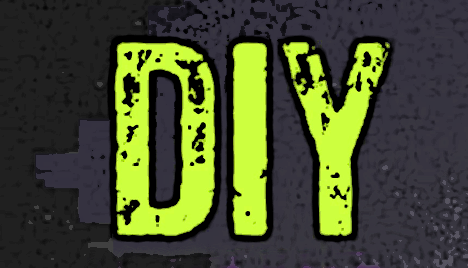